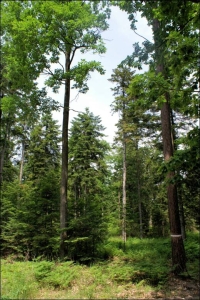 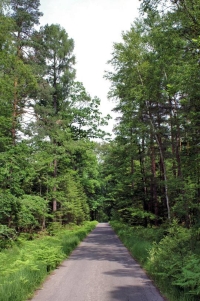 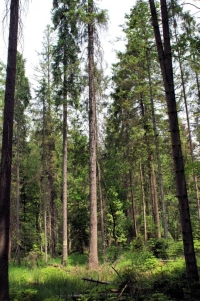 In the past the Swietokrzyskie Forests were owned by the bishops from Krakow. In 1789 by the decision of the parliament, they have become the state property and since that time they are continually owned and managed by State Forests. The state ownership warrants the long term planning and management of the area and is the base for the long term utilization of the proposed ISS. Variable landscape, environments and soils, plus natural regeneration cause that most of forests possess high biological (species and genetic) diversity and stand diversity.

Swietokryskie Forests are among the most diverse forests in Poland. The diversity of insects and fungi species seems large although it has been weakly studied. The local forests are relatively healthy, not suffering from massive pest attacks. The landscape and environment of Swietokrzyskie Forests is variable. It is partly an upland area and Swietokrzyskie Mountains are among the oldest (caledonian orogenesis) mountains in Europe. Geological diversity generates large variability of soils and moisture regimes (several streams) which affects the variable composition of forest stands and the existence of mixed forests.

You are a PhD Student, a Post-Doctorate Student or a Researcher, and you are a member of an EVOLTREE partner lab? Then make the most of a grant!

Information about the grant