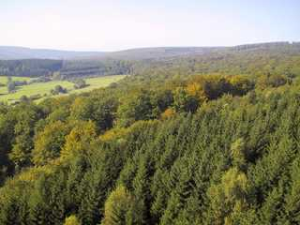 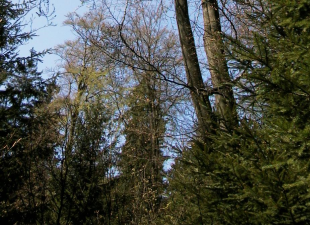 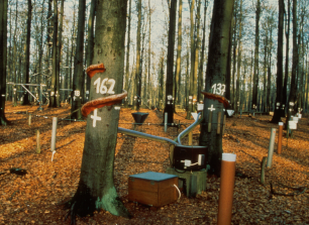 All investigations since 1966 were strongly supported by the owner the land, Lower Saxony. Because the Solling area suffered more from acid rain than other hilly regions in the 1960s, the owner was continuously interested in any information about the ecosystem dynamics and its long term consequences. The Solling has up to now also been a prominent educational area for forestry students (training of interdisciplinary cooperation) from Göttingen.

In previous investigations, contrasting site types in the Solling were identified which show different environmental characteristics. In each such site type, both pure and mixed stands of the EVOLTREE target species spruce and beech are present. Some approaches, such as determination of the relation between beech genotype (at enzyme gene loci) and infestation by beech scale (which facilitates the entrance of fungi that can cause beech bark disease), were first applied in a Solling stand (B2 stand) in 1990. Genetic comparisons of infested and not infested beech trees led to hypotheses about the role of inherited enzyme variants.

You are a PhD Student, a Post-Doctorate Student or a Researcher, and you are a member of an EVOLTREE partner lab? Then make the most of a grant!

Information about the grant